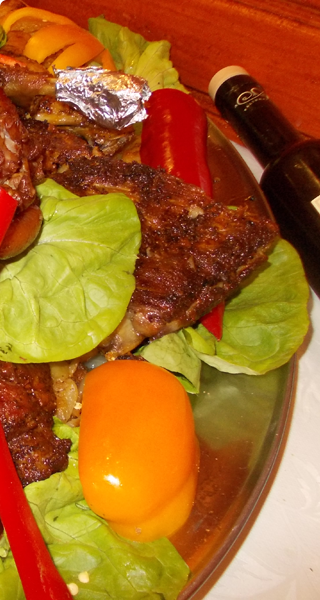 Kővári Grill has been the main part of Formula One for years, because it ensures the tasty foods next to the exciting competition in the Hungarian Grand Prix. It won’t change at the end of July this year, because who will visit the Hungaroring, can meet with the high quality and tasty products of Kővári Grill like mangalitsa pork, goose liver or duck. Let’s look for us in the Formula One Hungarian Grand Prix too!

The biggest representative of the Hungarian outdoor hospitality, the Kővári Grill can’t miss Europe’s one of the most beloved musical festival. At the Shipyard Island you can find the well-known Kőváry-style delicacies like tasty foods made from mangalitsa pork, chicken, duck and calf, but you can taste in the Kővári kitchen the megaburger too, which is the favourit of both younger and older people! Good songs, delicious foods: let’s meet at the Sziget Festival!

The Buda Castle is the center of the country for four days in every years, and it neither will change in August this year! A lot of craftmen show the traditional folk trades with the help of the active public. There will be a real market, the performance of traditional music bands and dance groups, so the quality amusement will be guaranteed. And if you are hungry, Kővári Grill will provide the tasty foods at the same quality, what you could get used to last year. Folk art, delicacies: the Kővári Grill will wait for you in the Celebration of Trades too!

The newest festival of Hungary will debut with fantastic star parade! From 23 August for three days the Buda Castle, what is the capital city’s one of the most beautiful point, will be the home of the Unique-festival, where the stars of the different music styles will give unforgettable concerts (Kim Wilde, Bonnie Tyler, DJ Bob), but there will be on the stage again the legendary Hungarian band of the Nineteen Eighties, the Piramis too. Well, of course the Kővári Grill can’t miss this festival! Let’s meet at the Unique-festival too!

If you visit to Szombathely to the Savaria Historical Carnival, you will take part of an exciting time travel. There will be costume parade, medieval warriors, gladiators, markets and countless musical performances. Kővári Grill can’t miss this special event, so if you were hungry in the historical eddy, the Kővári Grill would ensure the tastier and tastier foods for you. Let’s meet in Szombathely too!

A real beer festival will wait for everybody in the Buda Castle, where you can taste near 100 different Hungarian and foreign beers. The breweries will be at three places, in the Lions Court, the Hunyadi Court and the Terrace of Savoya, so you can enjoy the last weekend of the summer and the unforgettable taste of beer. And if we are hungry instead of thirsty, the Kővári Grill will wait for everybody with his tastier and tastier foods!

This is neither the year of carps, because in late August and early September will be organized the 16. fish festival in Szeged. The fish-cookers will compete with each other the help of their cauldron and kitchen spoon, and the best will win the prize of fish-cookers. Beside the cooking, of course there will be market and a lot of performances. The Kővári Grill will take part of the event too, because everybody like the fish, and nobody can say no to our delicacies!

The event is accompanied by professional forums, conferences, partner meetings, machine and horse shows. In the Bábolna horse property you can eat tasty foods too thanks for the Kővári Grill! Let’s meet in Bábolna, where you can see, that a tractor can be a „ballerina” (watch the picture) too!

In all of the middle of Septembers National Gallop is reached at the Heroes Square! This year it neither will be changed. The Kővári Grill will take part of this spectacular event, where it turns out, who is the best jockey in the whole country. Of course we won’t ride a horse, because we are good at the outdoor hospitality! Our firm’s charming offer (with mangalitsa pork, duck, calf or chicken) you will find in the chalets with the Kővári Grill subtitle. Who likes tho horses and the good foods, won’t miss the National Gallop and the products of Kővári Grill! 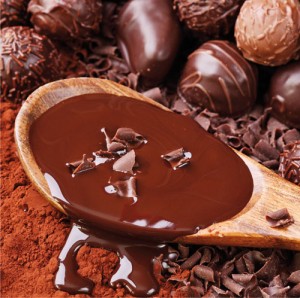 Round chocolate, bitter chocolate, cube chocolate. Do you know, don’t you? Well, in this year the Sweet Days or the festival of chocolate will be organized in the Buda Castle. If you like the sweets, you must go there! And if you are full of chocolate, there will be the Kővári Grill to supply you with non-sweet delicacies! Because the well-known representative of outdoor hospitality neither can miss the Sweet Days!